Tu B'Shevat is the full moon of the 11th month, and a full moon
has dual meaning of Judgment and Glory.
Byron Searle received the message "Judgment and Glory
come at the same time."
I read the letter saying that the Trump's 4 years can be interpreted
for the Parable of the barren fig tree of Luke 13:6-9.
It reminded me of Matthew 7:17-20.
"Likewise, every good tree bears good fruit, but a bad tree bears
bad fruit. A good tree cannot bear bad fruit, and a bad tree cannot
bear good fruit. Every tree that does not bear good fruit is cut down
and thrown into the fire. Thus, by their fruit you will recognize them"

The Roman Number for 2 is ll and there are "4" (ll & ll) teams playing
today and the winners will be in the Super Bowl (see: LINK).

The RAPTURE (as told in Revelation 12:5) is also likened to a
"BIRTH"!

Revelation 12
5 And she brought forth a man child, who was
to rule all nations with a rod of iron:
and HER CHILD WAS CAUGHT UP UNTO GOD,
and to his throne.
(this being "CAUGHT UP UNTO GOD" is the RAPTURE)

According to Biblical Astronomy:

Virgo represents Israel. In her (Virgo's) left hand is either an ear
of corn or bundle of wheat (some type of grain) which represent
the "firstfruits" [SPICA] / those who have "believed in Christ" -
UNLIKE "CORPORATE" ISRAEL!!! That "grain" is "SNATCHED
AWAY" from Virgo ("Israel") at the RAPTURE (Rev. 12:5). Virgo, "Israel",
is our mother because we believed "through" (as in a birth) the
writings of the "Jewish" Patriarchs who wrote the Bible.

PLEASE NOTE SPICA ("firstfruits") in the left hand of Virgo.

Kim Fisher's son Skylar threw dirt that stuck on the screen door, and it looked like a tree.🌳

I wonder if the "tree" was pointing us to Tu B'Shevat?

...Kim Fisher's son Skylar threw dirt that stuck on the screen door,
...and it looked like a tree.🌳

...I wonder if the "tree" was pointing us to Tu B'Shevat?

Tu BiShvat LINK
Tu BiShvat (Hebrew: ט״ו בשבט‎; tú bish'vat) is a Jewish holiday occurring
on the 15th day of the Hebrew month of Shevat (in 2021, Tu BiShvat begins
at sunset on January 27 and ends in the evening of January 28). It is also
called Rosh HaShanah La'Ilanot (Hebrew: ראש השנה לאילנות‎), literally
'New Year of the Trees'. 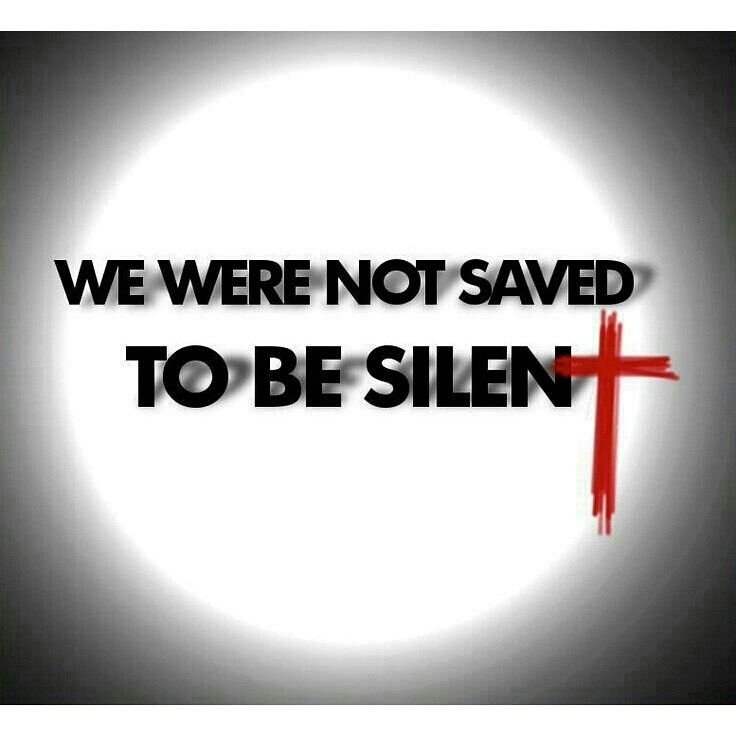 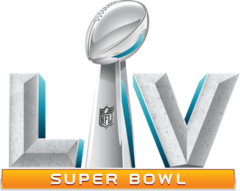 Speaking of FOOTBALL and the SUPER BOWL, for the last two or three weeks, I've been thinking about the forthcoming SUPER BOWL LV (55, Fifty-Five) to be played on SUNDAY February 7, 2021.

I - The very first thought that came to my mind is the possibility of the game being CANCELLED ... for WHATEVER reason. This is the reason I believe the famous event COULD not be played:
The SATANIC New World Order Elite has been giving us end-times "signs" through many, many ways, even made public by the very "SECRETIVE" and very DECEITFUL N.W.O. mainstream media. The "Match made in HELL" commercial includes a scene of Satan and 2020 feeding hot chili peppers to each other during a picnic in an EMPTY FOOTBALL STADIUM.
Notice the FRUITS and blanket (or tablecloth) on the ground with the ILLUMINATI black and white squares. The contrast between the black and white squares represents the duality between GOOD and EVIL. The CHECKERED floor is in ALL Masonic Lodges. The mirror, especially when cracked or shattered, is an important and reoccurring symbol in MONARCH ("king") programming. The MASONIC CHECKERBOARD is one of the most important symbols to the Illuminati, for it is used in RITUALISTIC CEREMONIES. COULD Super Bowl LV be one of those RITUALISTIC CEREMONIES ?!

In the new (World Order) Match.com commercial, Satan meets 2020 (the YEAR), the LOVE OF HIS LIFE.
The SUPER BOWL is the annual championship game of the National Football League (NFL). Since 2004, the game has been played on the FIRST SUNDAY IN FEBRUARY. It is the culmination of a regular season that begins in the late summer of the PREVIOUS YEAR (2020.)

SUPER BOWL LV ( "Luciferian Vaccine" ?!), the 55th Super Bowl and the 51st modern-era National Football League (NFL) championship game, will decide the league champion for the 2020 NFL season. With pending developments on the COVID-19 pandemic and how it affects the 2020 season, the game is scheduled to be played on February 7, 2021, at RAYMOND JAMES STADIUM in TAMPA, FLORIDA. This will be the FIFTH Super Bowl hosted by the Tampa area and the THIRD held at Raymond James Stadium. The game will be televised nationally by CBS. It will be the FOURTH time that the Super Bowl was in the same state in back-to-back years, since Super Bowl LIV took place at Hard Rock Stadium in Miami Gardens, Florida.

Super Bowl LV had SEVEN officials. (FEMINIST) Sarah Thomas is the FIRST WOMAN to officiate a Super Bowl. This is the FIRST Super Bowl to have an alternate official for every position on the FIELD since Super Bowl I. It is also the FIRST time the replay official has a backup.
Source: https://en.wikipedia.org/wiki/Super_Bowl_LV

"Coincidentally," the actor in the Match.com commercial that plays Satan is AARON REED (Aaron just like "king" Hank Aaron and REED ... like the RED sea?!) According to his Instagram bio, Aaron is actually the world’s tallest bodybuilder at 6' 7" and weighing 315 lbs.
More Here: https://www.distractify.com/p/who-plays-satan-in-match-com-commercial

Interestingly, the word REED is related to plants (TREES): A tall, slender-leaved plant of the grass family, which grows in water or on marshy ground.

Furthermore, the actor is a bodybuilder from TAMPA, FLORIDA ... the very same city Super Bowl LV is going to be played at. This seems to be a very STRANGE "coincidence," in my opinion.

There is some dispute as to the origin and meaning of the name "TAMPA." It is believed to mean "STICKS OF FIRE" in the language of the Calusa , an Indian tribe that once lived south of the area.
This may relate to the high concentration of LIGHTNING STRIKES that west central Florida receives every year during the summer months.

JESUS said He saw Satan falling as LIGHTNING from Heaven. COULD Satan be landing on TAMPA, Florida at the time he falls from Heaven ...
sometime BEFORE the Super Bowl game is scheduled to start ?!

In the "loving" commercial, Satan and 2020 are having a NICE picnic at an EMPTY football stadium.

COULD that be an "indication" the RAYMOND JAMES STADIUM will be EMPTY at the time the super bowl is "planned" to take place ?!

- One meaning of number 55 is linked to King Manasseh of Judah. He was the longest reigning MONARCH (King) of either the Kingdom of Judah or Israel at 55 years (2Kings 21:1, 2Chronicles 33:1). He first co-ruled with his father, the righteous Hezekiah, from 696 to 686 B.C. He then became sole king from 686 until his death in 642. Manasseh's reign of 55 years marked ONE OF THE MOST EVIL AND VIOLENT PERIODS IN THE HISTORY OF GOD'S PEOPLE. The king indulged in various forms of evil, such as rebuilding the pagan altars torn down by his father. (2Kings 21:3) This rebuilding even included erecting idolatrous altars within the confines of Jerusalem's temple (verses 4 - 5)! He also willingly burned one of his sons alive as a sacrifice to a pagan deity (verses 6.) Manasseh was so unique in his BLOODINESS That the Bible states the following:

"Manasseh also SHED VERY MUCH INNOCENT BLOOD until he had filled Jerusalem from one end to another; besides his sin with which he made Judah to sin in doing the evil in the sight of the Lord." (2Kings 21:16)

- The only Biblical books to have FIFTY-FIVE or more chapters are THE PSALMS and the BOOK OF ISAIAH. The BOOK OF MALACHI, a minor prophet whose writing is the last Old Testament book in most Biblical translations, has FOUR chapters and 55 verses.
Source: https://www.biblestudy.org/bibleref/meaning-of-numbers-in-bible/55.html

MAYBE the FOOTBALL in the dream and the SUPER BOWL in real life are pointing to a Super Bowl to be played in the FUTURE. Judging by Satan and 2020's "Match made in HELL" commercial, Super Bowl LV (55) COULD be the "lucky one."