And to IT (the BEAST of the SEA = AC Obama) the MUSLIM dragon gave HIS POWER and HIS THRONE and GREAT AUTHORITY. One of its heads seemed to have a mortal wound, but its mortal wound was healed, and the whole earth marveled as they followed THE BEAST.
And they worshiped THE DRAGON, for he had given his authority to THE BEAST, and they worshiped the beast, saying, “WHO is like THE BEAST, and WHO can fight against IT?”


As we already know, ON MAY 22: WHO (World HELLth Organization) WILL HAVE AUTHORITY TO LOCK DOWN ALL OF AMERICA.

Officials from the (LAWLESS) O'Biden Administration are working to give the WORLD HEALTH ORGANIZATION the power to unilaterally declare a health (HELLth) emergency in any country, thereby giving them EMERGENCY POWERS. The message from the (SATANIC) administration and the vote are going unreported by the heritage media, but former Congressman MICHELE BACHMANN is working hard at SOUNDING THE ALARM.

“THIS IS WHAT PEOPLE NEED TO KNOW,” Bachmann said. “It’s time-sensitive. NO ONE KNEW ABOUT THIS. The Biden administration gave these proposed amendments to the WHO on January 18.

No one knew this until April 12, less than a month ago. But in less than two weeks, the delegates will vote on this in Geneva, Switzerland. The Biden administration has already released a list of countries, FORTY (40) of the most powerful countries in the world, including Canada, the EU, and the UK, and Australia. These countries are going along with the Biden administration’s insane push to give sovereignty over to the untrustworthy WHO.”

“The vote takes place May 22 through 28 in Geneva, Switzerland, and goes into effect in November,” Bachmann said. “Which means IT WON’T MATTER WHICH PARTY WINS THE ELECTIONS in November because the GLOBAL AUTHORITY will already have transferred to the WHO. That’s why this is so important. It’s why we have to get the US Senate involved, the US House involved, so they stop this dead in its tracks right now, or WE LOSE AUTHORITY HERE IN THE UNITED STATES.”

Puppet Biden has a long history of advocating for a NEW WORLD ORDER.
Most recently, in March, Biden stated in an address to the Business Roundtable’s CEO Quarterly Meeting that HIS ADMINISTRATION WOULD BE A LEADER IN THE “NEW WORLD ORDER.”

In 1992, then-Senator Biden wrote an op-ed for the Wall Street Journal entitled “HOW I LEARNED TO LOVE THE NEW WORLD ORDER.” In the article, Biden – who was also the Senate Foreign Relations Committee’s European Affairs Subcommittee – said: “Having contained Soviet communism until it dissolved, we need a NEW STRATEGY of “containment” – based, like NATO, on collective action–but directed against weapons proliferation.” In the article, Biden called for increasing the powers of NATO and the UN.

Rabbi Pinchas Winston, a prolific end-of-days author, explained that THE BIBLICAL ARCHETYPE FOR THE NEW WORLD ORDER IS THE TOWER OF BABEL.

“NIMROD wanted a NEW WORLD ORDER that didn’t have a God in it,” Rabbi Winston explained, “A GODLESS WORLD allows people to do what they want without consequences or moral responsibility. Man ordering society as he wants.”

As we reported on April 1, The WHO (Wicked HomObama) is attempting to push through CHANGES to a treaty that would give them global control over health worldwide. This helps fulfill some of the goals of the WEF’s GREAT RESET. It is a massive power grab that takes away a nation’s sovereign rights to determine its own health standards.

A decision will be made by vote on May 22-28 at WHO World Health Assembly.
Two-thirds of the Senate does not have to vote for it. It’s a rule change but it’s. devastating one.

In a new video, The Pulse’s Joe Martino interviews Shabnam Palesa Mohamed, a member of the steering committee of the World Council for Health, who points out that the treaty gives the WHO:
“… an inordinate amount of power to make decisions in sovereign countries as to how people live and how they deal with pandemics, from lockdowns to mandates over treatment.”

In an open letter on the WHO’s pandemic treaty, the World Council for Health writes, in part:
“The proposed WHO agreement is unnecessary, and is a threat to sovereignty and inalienable rights.
It increases the WHO’s suffocating power to declare unjustified pandemics, impose dehumanizing lockdowns, and enforce expensive, unsafe, and ineffective treatments against the will of the people.

IT’S THE USUAL MARXIST ONE-SIZE-FITS-ALL APPROACH. Everyone will be on the same page and science will cater to GLOBAL political whims.
It will cost millions of dollars or more and money will be LAUNDERED by them and their pickpockets.
The WHO appears to want to push the treaty through quickly without public participation and input.

“It is UNDEMOCRATIC, it is UNCONSTITUTIONAL and therefore it makes the TREATY INVALID AND UNLAWFUL,” Mohamed says. She also made note of the many WHO health policy failures due to their “CONFLICTS OF INTEREST.”

It is much worse than we thought. The RULE CHANGE includes very dangerous amendments – 13 of them. Investigative reporter Leo Hohmann reports that these amendments will NOT require approval by 2/3 of the United States Senate. It’s not called a treaty. It’s amending a treaty we are a part of.
(Well. With his "We can CHANGE the World" slogan Muslim Antichrist Obama was telling us he was planning to CHANGE GOD's World, wasn't (s)he ?!)

If they are approved (as submitted by the United SATANIC States) by a simple majority of the 194 member countries of the WORLD HEALTH ASSEMBLY countries), these AMENDMENTS would enter into force as international law just SIX (as in 666) months later (November 2022.) The details of this are NOT crystal clear.
Our (MIS)administration is actively DESTROYING THE CONSTITUTION by MAKING US (excluding ME, Ruben) part of A GLOBAL NEW WORLD ORDER.

Mr. Roguski has a website with information at DON’TYOUDARE.INFO

Behold. WATCH this video included in the article:
The WHO was given these powers on the last day of the OBAMA administration.

W.H.O. is like unto THE BEAST ?
WATCH Here: https://www.youtube.com/shorts/W-U5mm2sqtU

SPEAKING OF ANTICHRIST OBAMA'S "WE CAN CHANGE THE WORLD":

BLACKOUTS POSSIBLE THIS SUMMER DUE TO HEAT AND EXTREME WEATHER, officials warn.

EXTREME TEMPERATURES and ongoing drought could cause the power grid to buckle across vast areas of the country this summer, potentially leading to ELECTRICITY SHORTAGES AND BLACKOUTS, a US power grid regulator said Wednesday.

NERC, a regulating authority that oversees the health (HELLth) of the nation's electrical infrastructure, says in its 2022 Summer Reliability Assessment that extreme temperatures and ongoing drought could cause the power grid to buckle. High temperatures, the agency warns, will cause the demand for electricity to rise. Meanwhile, drought conditions will lower the amount of power available to meet that demand. MORE Here: https://www.cnn.com/2022/05/19/us/blackouts-summer-heat-extreme-weather/index.html

HERE, I WROTE: The Satanic New World Order Elite shall not be using FIRING SQUADS, GUILLOTINES or GAS CHAMBERS to kill people, but the Covid-19 vacSIN. When the vacSIN starts killing people in alarming quantities, the coronavirus (or something else) shall be the "NATURAL" CAUSE OF DEATH (because of the DEADLY ingredients found in the DEADLY vacSIN.) That way no one will be able blame the Satanic New World Order Elite of MASSIVE HOMICIDE. And, even if they do, WHO (World HELLth Organization) is going to believe them?! The brain-washed stupid people that have taken Satan's venom?! The GUILLOTINES are reserved for the Christian that shall refuse to take the Obamacare Mark 666 of the BEAST Barack Obama during the Great Tribulation.

From a "watchman on the wall": I asked the Lord about this dream and felt the Lord say, “SOON THEY WILL DROP DEAD LIKE FLIES. One of the men represents THOSE WHO WILL SOON BE DEAD FROM THE ACCUMULATED EFFECTS OF THE COVID-19 VACCINES. Another one represents THOSE WHO WILL DIE FROM THE EBOLA DISEASE that is going to be released soon. The last one represents those who will be victims of the zombie apocalypse that is coming.” 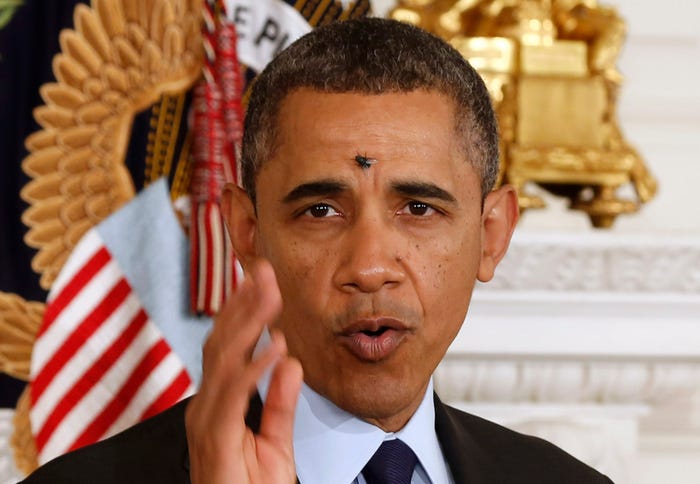 WHEN THE DAY CAME AND WENT WITHOUT AN EARTHQUAKE OF RAPTURE, Camping recovered quite quickly. On Monday (May 23), he said in a broadcast that there was a SPIRITUAL JUDGMENT IN HEAVEN on SATURDAY (May 21)— one we could not see — and that the world would be destroyed on October 21, 2011 (second and last FAILED Prediction.)

"Coincidentally," 11 SINFUL years later, May 21, 2022 shall fall on a Gregorian SaTURDay = Jewish SABBAth, as well.

BTW, on May 21, 1942 (almost 80 years later), THOUSANDS OF JEWS DIE IN NAZI GAS CHAMBERS, thanks to HITLER and the United SATANIC States that put their German NEW WORLD ORDER puppet in power.

We all want it to be soon. The sooner the better....

Waiting that long is just too much to bear.

"Waiting that long is just too much to BEAR."

1- And I SAW A BEAST RISING OUT OF THE SEA, with ten horns and seven heads, with ten diadems on its horns and blasphemous names on its heads. And THE BEAST that I saw was like a leopard; ITS FEET WERE LIKE A BEAR’S, and its mouth was like a lion’s mouth.

Exactly 3 years after Mr. Camping's failed "prophesy," Antichrist Obama (the BEAST from the Sea with BEAR's feet) took an unscheduled WALK out of the White W.Hore House.

“THE BEAR IS LOOSE!”

Those were president Barack Obama’s words as he ditched his motorcade and left the White House on foot, favoring the fresh air in a walk toward the Interior Department.
Tourists near the White House never expected to see the president in person on a steamy spring afternoon. ONE WOMAN SQUEALED ("Marveled") WITH DELIGHT; another suggested she thought WEDNESDAY’s (May 21) sighting might be an OBAMA IMPOSTOR ("Anti.")
Since taking office, Obama has grumbled periodically about the CLAUSTROPHOBIA that sets in when his every move is surrounded by intense security. That makes it nearly impossible to enjoy the simple pleasures that others take for granted.
“IT’S GOOD TO BE OUT,” Obama said.
Source: https://www.seattletimes.com/seattle-news/politics/the-bear-is-loose-8212-obama-goes-out-and-about/

'THE BEAR IS LOOSE': OBAMA ESCAPES FROM THE WHITE HOUSE.

President Obama has made a habit in recent weeks of breaking "OUT OF THE CAGE" of the White House. And Twitter loves it.

"Waiting that long is just too much to BEAR."

Let us keep our fingers "crossed" ... I mean, let us put our full TRUST in JESUS (YEHUA, YAHUSHUA, I AM, Beginning, End, First, LAst, ALpha, Omega, KING of kings, LORD of lords, ETC.)