THIS WAS FROM A YEAR AGO

2. The second one was in more detail. He was on a golf course,
and it was some holiday, and weather was noticeably warm,
such as Memorial Day, July 4th, or Labor Day, but which
he did not know. It is possible that it could be any of those
days. While the people were enjoying this normal holiday,
all of sudden, there were two intense happenings.

First, there was a fervent heat, and people were being
disintegrated. Second, there were some people who were
not being disintegrated, and in stead they were zooming
upward a great light. Christ was there, in a cloud, and
they were zooming up to Him. After this, at the end of
the dream, Christ caused a writing in the sky, which read,
"ARE YOU READY?"

Nicole Poon's prophetic picture of a band about to go
over the edge and completely oblivious of the "TIMES"!!!!!

Jeremiah 51 (NKJV)
57 “And I will make drunk
Her princes and wise men,
Her governors, her deputies, and her mighty men.
And they shall sleep a perpetual sleep
And not awake,” says the King,
Whose name is the Lord of hosts.

58 Thus says the Lord of hosts:

“The broad walls of Babylon shall be utterly broken,
And her high gates shall be burned with fire;
The people will labor in vain,
And the nations, because of the fire;
And they shall be weary.” 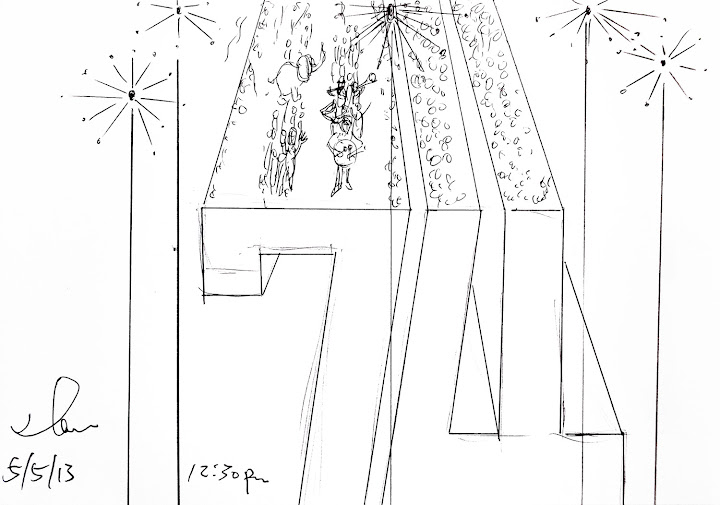 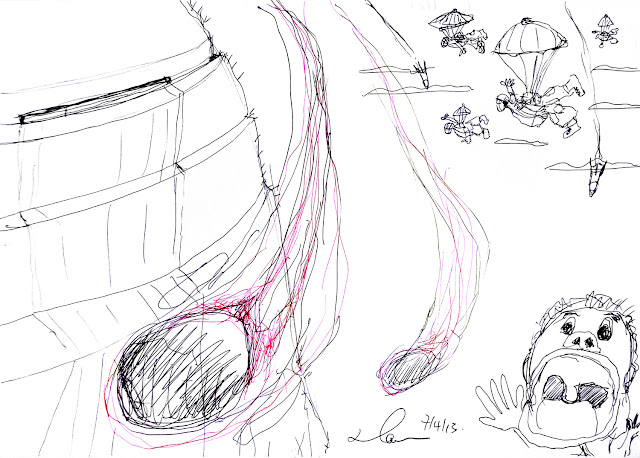