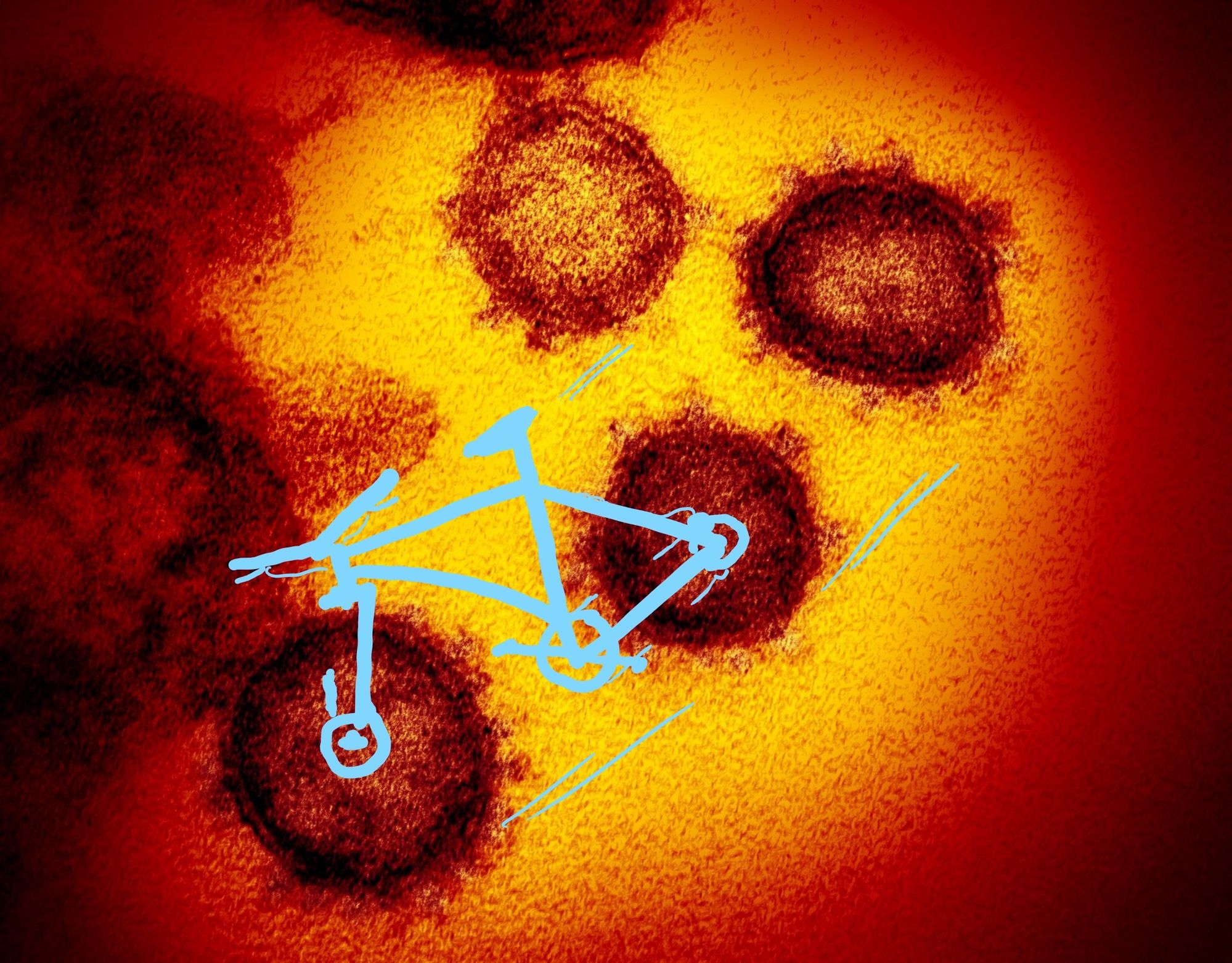 Without wanting to whinge too much...... why are we going to Reach today, Abington Thursday,Wilbraham next Tuesday, then Hildersham on the thursday, Walden,Balsham, Horningsea, Milton, (feck me) Barton,whittlesford, fulbourn, Quy, Histon,Babraham ..............
With the greatest respect, what a load of old ..... I know I got fed up with doing the Runs List I would be more than happy to show you how to compile a varied, fair & interesting schedule. It's easy, i'm fick & I managed it on my own !!
I would however like to say well done Tom for your bike orientering event... you made it look like you had put alot of hard work into it

really good fun.
Show us yours was my baby.... any of the other covern got any interesting ideas ??.... it's all starting to look a bit Corgi Gas safe

I don't get your point Duncan. Is it that we're not going out west often enough?
By the way, I'm not sure if the Carpenter's Arms is still closed on a Tuesday, and we can't swap it for the Pear Tree in the same week 'cos that's also closed on a Tuesday.
Any suggestions?

You must do ??
Yes.... one reason.
It's also that it is not varied enough Is the north, east & south only available as a block booking or is it possible to go to west tuesday, north thursday south tuesday, east thursday type thing. makes it varied within a short calender period.
I not saying west west west, what I'm saying is varied !!

I'm sorry Duncan but,like Mark, I'm not quite sure what the point you are trying to make is and what you mean by varied, fair and interesting. Perhaps you would like to expand?
When I look at the list of venues you cite I see a relatively non-repetitive selection of pubs dotted around Cambridge with perhaps a slightly less West bias than in previous years, although you could have included the Redhouse, and White Horse which were venues in the two preceding weeks.
I'm not sure what you and the other unhappy anonymous riders would like to see changed but I'm certain the coven would welcome any constructive comments you all might have on the future format of the runs list.

Another point to bear in mind is that the original Runslist chosen by the coven has been altered somewhat by the dates of the various 'epics' having to be shifted around to match the ride leader's availabilities.

Anyway, I've no complaints about the job the Coven do.

Also - Jon from Cambourne way has volunteered to lead the September SUY.

And PS - on the subject of other ride ideas - I floated the thought of a train-assisted ride last year but it never happened. Is it feasible? How many bikes can get on an evening train before the the driver/station guys get shitty?

Dear all, I must admit I do see were Cookie is coming from!... Im not mocking as it must be hard to please all riders in the group, after all we are not all the same me being a tad loud at times and do get told by the missus I should'nt air my views. I feel myself some of the rides are covering the same ground on a tues/thurs also would be nice if Thetford ride fell on a thursday as I could come and make loads of noise in the forest without up setting local residents Yee haw.... Me being new to the group I cant help noticing that in past times that riders went away on weekends ie peaks and afan etc etc. It would be nice if we could get together and organize a weekend away maybe glenntrees or the Dales???.See ya all thurs and try and be on my best behaviour. regards Shelton

First of all, thanks Duncan for your kind words about my BIG Adventure - it WAS a lot of work but I loved doing it. And the reaction that I got from all taking part was really great. Perhaps the next one ought to be called PT's BIG (Ego) Trip.

Turning to the comments about the rest of the runs list, just like the other coven members, I'm not really sure what the problem is.

I admit to being the one who stuck the draft together for the others to pull apart and comment upon, but we stuck to several principles:-

- begin with last summer's runslist (many of the pubs are in the same week and Tues/Thurs as last year)
- add in some new stuff to get some others to lead rides (Golden Ball, Richard's Birthday)
- build upon the innovations from the last two years - SUY's, PTBA (although we didn't have the Summer Solstice ride because it was a Monday)
- avoid having rides on the same side of town in the same week - there are very few like this. i.e mix it up
- avoid too many epics in the same week and keep epics to the summer months if possible
- space out the Thetford visits and coincide them with the full moon

Unless there's been issues with a leader being unavailable, we've stuck to the list, even in the face of beery temptation (although it was close!).

I think if you look at the whole list as we've done it there really has been a mixture of old and new and we really have attempted to avoid "bunching" of rides in a particular side of town.

The proof's in the pudding - we've had lots of new faces join us and the rides are well attended. We have a much more widely spread group than in the past, I think.

We sometimes do have a similar route out of town one week after another, but we have a reasonably limited choice and not everybody comes out every time.

We're just a loose cycling group after all. So, come on Duncan, give us our due. Or we'll take out helmet back!

That just about sums it up.

oooooooo that's harsh Mark, especially as you have the post presentation knowledge that it did not fit me & i recently purchased a new Madison distributed Giro helmet with the money I recieved from it's sale.
The gift was appreciated & a nice surprise....just did not fit my large head !!
Oh well, I'll discuss more with Tom and Diggers.

That's the spirit. Look forward to it.

Anyhoo, probably out next week on Thursday owing to other commitments.

Sorry Duncan, I'm with all the posters who think that the coven is doing a good job.

A flat (but maybe fast!) ride in the Fens, particularly in the summer under a huge sky, can be just as interesting, challenging and fun as a ride through the woods in the West, or the hilly country in the south-west, or on the chalk of the Roman Road, or up along Fleam Dyke or the Devil's Ditch...

For me, Mark summed it up when he pointed out that the enjoyment of riding with CamMTB is to be with a group of like-minded people. He didn't mention the beer specifically, but recent posts have suggested that that may also be an attraction! If the ride is the thing, rather than the people, then we can choose to do the rides we want, when we want. The ultimate sanction on the group, of course, is not to ride. A better option would be to cherrypick, and just do the CamMTB rides you're interested in.

I think that varying the ride format is a good idea, although perhaps on a reasonably infrequent basis. Paul mentioned that he suggested a train-assisted ride - I'd be up for that. I led a ride earlier in the year starting from the Red Lion in Histon at 7.30, instead of from the centre of town. We had a reasonable turnout, and the feedback was that it was worthwhile, since it opened up some new territory that we wouldn't be able to reach if starting in town. Maybe a few more rides on those lines would be fun?

Out of interest, I plotted the pub stops for the rides for the three months of July, August and September. Here's a link to it. It looks like a pretty varied, fair and interesting spread around Cambridge to me...

Just wanted to chuck in my two cents.

I like the rides. I really enjoy the routes and riding with like minded individuals. Personally I don’t care where we go.

I have only one comment/question. Why are the pubs at the end of the ride so far from Cambridge? Reach was over 11 miles from the start point. (and about 17 for me to get home) We are a Cambridge riding group. Maybe we could finish a little closer to the city. Then everyone would be happy. Everyone gets to the start ok. They could get home too.

Email
p
Paul D
131.111.90.162
Re: Constructive comments always welcome
Aussie Adam
Hi All,
Why are the pubs at the end of the ride so far from Cambridge? Reach was over 11 miles from the start point. (and about 17 for me to get home) We are a Cambridge riding group. Maybe we could finish a little closer to the city.

Pub stops generally are closer in the winter - Blue Ball, Queens Head, Longbow etc etc. The summer Runslist has had some (not all) further away stops for many years simply so we can ride some of the trails we don't often make it out to. Doing these routes with a pub stop nearer Cambridge would mean having to ride for 30 miles before a refreshment break that would be getting perilously close to chuck out time... Anyone remember what time we got to Hinxton on the Bartlow or Bust ride? Gone 10 pm? And that was on a quick ride with no punctures in pretty perfect conditions.

I'm not part of the Coven but would be anti changing this style of summer ride. After all, as someone else already said (Dom?), people are free to pick and choose. I'm always slightly surprised by people who turn up at Brookside not knowing where the destination is.

PS The Little Walden ride will not have that as the final pub destination - yet to decide on the route and where we will finish though.
p
Pat AKA The Sore Legged Giant
81.86.100.32
Re: Constructive comments always welcome

for me i just enjoy the journey to the pub. how we get ther, when, which side of Cambridge, and distance out does not bother me. it is the company and the countruside that matters.

if i get home late so be it if it is early i will ride some more on my own if i want to.

as for knowing the destination, if i'm not leading i don't need to know. it adds to the mystery.

so Paul D2D this year that is in Afan isn't it?

Cookie, wot have you done!. I think folk were to frightened to leave homes tonight and join us dedicated riders to Abington,or is it cause its the wrong side of town? LOL.....