The other night the often-discussed question of speed on Tuesdays and Thursdays came up. I've looked at three and a half years of my data and concluded that they are to all intents and purposes exactly the same - 8.9mph (Tuesday) vs 8.7 mph (Thursday).

I do appreciate that I am the common factor - so those who claim that Tuesdays are faster could point out that I have slowed down otherwise speedy Tuesday rides every time I've been out on one. To those who would say that, my response is "I'll race ya!" - well, as long as it's not Red Shoes Matt, Duncan the Terminator Painter, or anyone who when offered a pint says "No, I'll just have an energy drink thanks".

I think Thursdays tend to be shorter (especially in winter)and when there are fewer people out Tuesdays can be very fast. Also depends on how much waiting is involved for faster riders?!?
ideally you need the average speed overall (not moving)of the person at the front.

There were 31 Tuesday rides and 27 Thursday, so no statistical bias there. Average distance on Tuesdays was 24.4 miles and Thursdays 23.2 - so Tuesdays a bit longer, but again, not significantly so. Average time for the ride was 2hr44mn for Tuesdays and 2hr40mn for Thursdays.

The time was overall time, not moving time, and I always turn my Garmin off for the pub and back on again for the ride back (unless I'm doing a Dom).

Although the records are mine, because they are of overall time (not moving time) and because we ride as a group, they do represent the group ride, not just mine. So, Paul, n does not equal 1. Similarly, I do not ride "at the same moderate pace", the group does.

Rides were recorded over a three and a half year period, at all times of year and we can be statistically confident that a wide range of weather conditions were experienced. Because n does not equal 1, as clearly demonstrated above, there is no requirement for normalisation in relation to factors like latex vs tubeless.

I've referred Paul's comments to Professor Hugh Janus of the Neasden Institute of Statistics, and his considered opinion is that my findings are entirely reasonable, on the basis that (and I quote) "Paul Lyons is well known in these circles and he is what we scientists call a gobshite". A copy of his report is available from all good booksellers, price two shillings and sixpence.

Mike T, I'm sure you'll agree that with the addition of the above, there is now more than enough bollox?

So, my case remains that Tuesdays and Thursdays are the same... 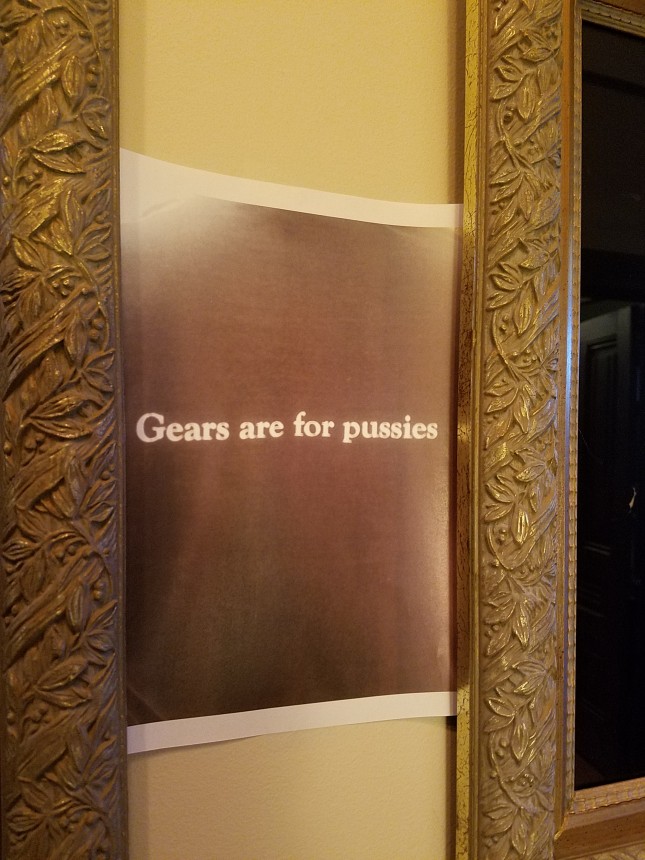 I know, when your not out everyone rides faster