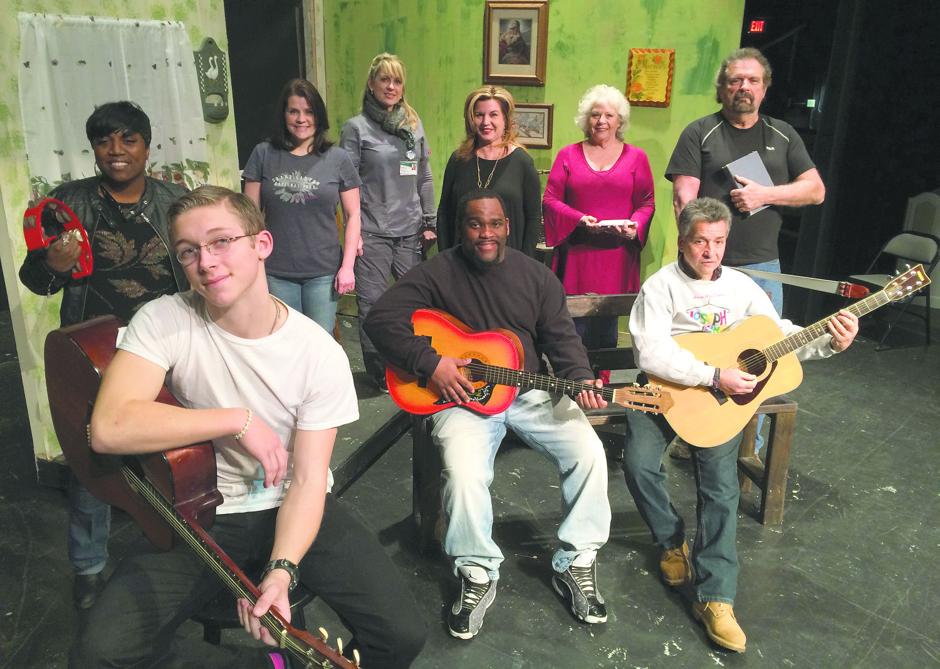 By JEFF THOMPSON editor@newsaegis.com
A play about the legendary musician penned by a well-known Southern writer will hold its world premiere at CEPA next month

In 2014, the script for a new play came across Kathy McCoy’s desk. Titled “Hiram - The Story of a Young Hank Williams,” it filled in pieces of lost lore from the journey of an Alabama legend, and it boasted well-known names as playwrights.

McCoy, executive director for the Pell City Center for Education and the Performing Arts (CEPA) was intrigued, she said. The piece had interesting characters and a strong foundation, but it wasn’t ready yet.

Over the next year, she went back and forth with the writers developing new voices and building the score. And next month, with everything finalized, Pell City will be ready to premiere the production with a local cast.

Johnson is a revered author and syndicated newspaper columnist who, by her own admission, is a storied Hank Williams fan. She recalled his music filling her childhood home from her father’s record play and “oozing out of every pickup” that passed by.

That theme continued through her life, and it’s likely what led her to track down Williams’ daughter, Jett, in Pine Level decades ago. Johnson and Jett Williams kept in touch, but it wasn’t until both lost their husbands in the same year, 2009, that they formed a close bond, Johnson said.

The idea for “Hiram” was born in the time that followed. Johnson had never penned a play, so she brought in friend and fellow writer John Williams (no relation to Hank) to assist. Their purpose became to create a work that could add to the value of Hank’s hometown, Georgiana, Ala., and serve as a lynchpin for the town’s annual Hank Williams Festival.

But things didn’t work out.

“They decided they couldn’t afford it,” writer John Williams said. So, next up, they went big.

“I sent a copy to the Alabama Shakespeare Theatre (in Montgomery). They said they had done other Hank productions with mixed results, but they would keep it on file,” Johnson said. “We didn’t want it on file — we wanted it on the stage.”

Margaret Gaston, curator for the Hank Williams Museum in Georgiana, is credited with pointing the playwrights in the direction of Pell City. Gaston knew of McCoy’s 17-year tenure in Monroeville, Ala. producing the town’s performance of “To Kill a Mockingbird.”

“People flood the town; it’s a very popular thing,” John Williams said. “I called Kathy. I really liked her and she seemed interested. So I told Rheta, ‘I think we can do something here.’”

With that, McCoy went to work. She adapted the script, added voices, selected songs and assembled the cast. And when the writers visited Pell City recently to see how their play was taking shape, they left amazed by what they saw.

It wasn’t just McCoy that impressed the writers, though. They both said they were blown away by the level of talent that took the stage in rehearsal, they said.

“I have never heard better music on Broadway,” Johnson said. “And the young man playing Hiram (15-year-old Corey Kirby) is a scary-perfect resemblance to photos I’ve seen. And he can pick and sing, too.”

"Hiram" premieres Feb. 26 at CEPA, and Johnson and Williams will both be in attendance, as will Hank’s daughter Jett Williams. The center only has about a dozen tickets remaining for the featured opening, but seats are available for the remainder of the weekend’s performances on Feb. 27-28. For more, visit pellcitycenter.com or call (205) 338-1974

This article compliments of: