'Hank' wants to be the great biography Hank Williams deserves, but ... 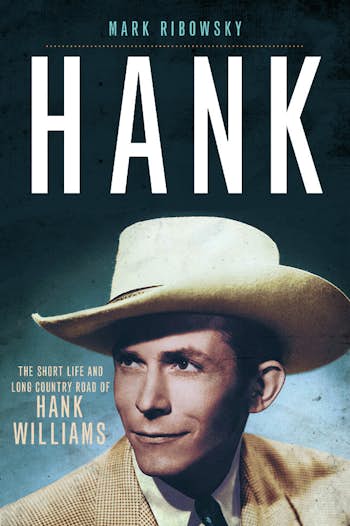 Monumental is too small a word to use to describe Hank Williams.

He was a great songwriter and a great soulful singer to be sure, yet so much more. He was an American icon, hunched over a microphone, liquored up and duded up in the rhinestone glitter of a Nudie suit, howling out his songs of life lived on the edge with Jesus perched on one shoulder and Satan on the other.

Born in a desperate place (Alabama) during desperate times, Hank’s life flamed out before it really got started. He died at 29 in the back seat of a Cadillac as New Year’s Eve gave way to New Year’s Day 1953. Terrible as it must have been for family and friends at the time, his adios became the stuff of American myth. Live fast, love hard, die young, leave a beautiful memory. Those weren’t his lyrics, but they certainly fit him. It’s better to burn out than it is to rust. Not his words either, but he honored the notion. Hank breathed his last without a speck of rust on him.

His final weeks on this earth, he traveled around Texas just a breath away from death, attempting to play at venues a fraction of the size of those that had hosted him when he was at his peak. He’d been chronically ill since birth, likely an undiagnosed case of spina bifida, and he compounded it with his severe alcoholism and drug addiction. Sometimes he vomited on those Texas stages. At other times he couldn’t go on at all.
Then came the final stop of that tour, Dec. 19, at the Skyline Club (long ago bulldozed; a chain drugstore now occupies the site) in Austin. Hank was in horrible shape by this point. He might have suffered a heart attack a few days earlier. This night, he seemed to be deathly ill with the flu. Against all odds, he managed to get on the stage.

People present would be haunted by his appearance for years. But he sang as well as he ever did. His show went on for three hours. People dispute whether he took a break or not, but it was an astonishing achievement. Hank collapsed when he was finished and was rushed to Brackenridge Hospital, his Cadillac left behind in the Skyline parking lot.

Given the magnitude of his life and legacy, relatively few authors have attempted to capture both between hard covers. The most literary to date has been my late friend Paul Hemphill’s Lovesick Blues, an intentionally brief meditation on the man and how he encapsulated working class concerns. But a truly comprehensive biography has gone missing. Mark Ribowsky attempts to fill this void with his Hank: The Short Life and Long Country Road of Hank Williams. The gold standard for this sort of book is Peter Guralnick’s two-volume life of Elvis, Last Train to Memphis and Careless Love, and Hank certainly merits a similar study. Unfortunately, Ribowsky’s book falls far short of the mark.

In general, Ribowsky seems out of his element in dealing with country music of the 1940s and ’50s and the forces that forged it. This gives Hank an awkward feel throughout and leads to such mistakes as referring to the influential Gid Tanner and His Skillet Lickers as a Texas band when in fact it was a Georgia outfit. His discussion of Freemasonry, which he describes as a cult, and the Southern Baptist Church still has me scratching my head. And he writes about “.. . semi-rapped ‘talking blues’ records like ‘Ramblin’ Man.’” “Ramblin’ Man” was one of Hank’s Luke the Drifter tunes, most of which fall into the category of known as “recitation” songs, not semi-rapped talking blues. “Ramblin’ Man” itself is not a recitation. It is fully sung, even yodeled in part.

To its credit, Hank is more complete in its collection of facts and quote snippets than any Williams biography before it. And Ribowsky’s section on Rufus “Tee Tot” Payne, the African-American street performer who mentored Williams, is enlightening. But even here Ribowsky’s unfamiliarity with the turf betrays itself. He refers to Tee Tot as a bluesman when the singer and guitarist in that place and time would more accurately be described as a “songster.”

Ribowsky gave it a try, but the big book about Hiram King “Hank” Williams has yet to be penned.