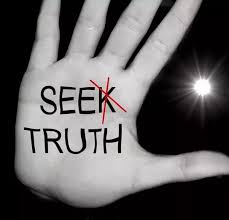 Ruben
Are we witnessing the first BEAST rising out of the SEA?!

IN ONE OF THE MOST JOLTING MOMENTS IN MODERN POLITICAL HISTORY, former (ILLEGAL) president BARACK OBAMA RECLAIMED HIS POLITICAL PULPIT with a stark warning that his successor is a grave and imminent threat to American demoNcRATcy and (unclean) RACIAL justice.

Then, even more remarkably, President Donald Trump went on television and “proved him right,” (NOT to prove him the LEFT-Winger/Communist he admits he is) putting a foreboding SHADOW over an election that he is already seeking to cast as ILLEGITIMATE in the eyes of millions of Americans.

The campaign between Trump and presumptive DemoNcRATic presidential nominee Joe Biden has mostly chugged along out of sight, obscured by a (N.W.O.-made) “pandemic” that has “killed” more than 150,000 Americans.

But the extraordinary interventions Thursday of two presidents (one LEGAL, one LAWLESS), whose legacies (one CHRISTIAN AMERICAN, one MUSLIM ANTICHRISTIAN) will be forever entwined, suddenly underscored how this election, in the words of the quadrennial cliché, will actually be the most important one of our lifetimes.

Thursday brought a tableau of one president, liberated now that he is out of office, at the funeral of Rep. John Lewis, weaving the life of a national hero into a “PARABLE” of America's long struggle to reach its promise. The current commander in chief, mired in crisis and desperate to cling to power, reached not for inspiration but for lies and disinformation to obscure the truth.

(Antichrist) Obama's eulogy was not just HIS MOST PUBLIC INTERVENTION in the 2020 campaign or his most passionate denunciation yet of a successor whose highest priority is eradicating Obama's (LAWLESS and ANTICHRISTIAN) achievements at “home” (NOT Kenya) and abroad.

The speech, from the “church” where Martin Luther King Jr. once preached, also represented Obama's MOST RAW, EXPLICIT and UNRESTRAINED unburdening about race on a PROMINENT PUBLIC STAGE OF HIS ENTIRE POLITICAL CAREER.

In his 2008 campaign, he POWERfully spoke about racial prejudice while seeking to “heal” national wounds -- and save his (ILLEGAL) campaign when pressed about his association with the controversial Rev. Jeremiah Wright. And he shared an intimate part of his own experiences and spiritual (DEMON) self in explaining to the country why BLACK Americans were upset at the acquittal in the shooting of Trayvon Martin and in breaking into "Amazing Grace" while eulogizing parishioners at a Charleston, South Carolina, church hit by a mass shooting in 2015.

But Obama's speech for Lewis was URGENT and in THE TONES OF AN (Antichristian/Communist) ACTIVIST, NOT A HEALER OR THE OPTIMIST WHO ONCE DECLARED (with his Muslim mouth like a lion’s mouth) THERE IS "NOT A BLACK AMERICA" NOR A "WHITE AMERICA."

Ruben
Re: Are we witnessing the first BEAST rising out of the SEA?!

It brought into the open a clash between the nation's FIRST (N.W.O.) BLACK PRESIDENT (NOT a MULATTO, like he is) and the one who has made his name with a RACIST "BIRTHER" campaign against Obama and who is running for reelection wrapped in the Confederate flag and defending monuments to Civil War generals who fought to preserve slavery.

Obama also offered THE MOST PROMINENT ACCOUNTING so far of the RACIAL AWAKENING following the death of George Floyd with a policeman's knee on his neck at a time when Trump is trying to incite a White backlash to the protests by painting the US as in the grip of a (demoNcRATic) wave of LEFTIST "FASCISM" and "TERRORISTS."

While Obama's speech offered LIBERALS (Satanists/N.W.O. Communists) the kind of INSPIRATION they have lacked SINCE HE LEFT (ILLEGAL) OFFICE, his REAPPEARANCE could also serve to embolden voters who saw in Trump a vehicle for their backlash against Obama's presidency.
There are already complaints on conservative Twitter that OBAMA HIJACKED THE FUNERAL TO MOUNT A DIVISIVE POLITICAL SPEECH -- an ironic view considering Lewis' life story.

Meanwhile, Trump did not travel to honor Lewis, a man who he once decried as "talk, talk, talk, -- no action." But two other ex-presidents chose their side of history – (N.W.O. Satanist) Republican George W. Bush and (N.W.O. Satanist) DemoNcRAT Bill Clinton also spoke at the (son of God) service.

1 And I saw a beast rising out of the sea, with ten horns and seven heads, with ten diadems on its horns and blasphemous names on its heads. 2 And the beast that I saw was like a leopard; its feet were like a bear’s, and its mouth was like a lion’s mouth. And to it the dragon gave his power and his throne and great authority. 3 One of its heads seemed to have a mortal wound, but its mortal wound was healed, and the whole earth marveled as they followed the beast. 4 And they worshiped the dragon, for he had given his authority to the beast, and they worshiped the beast, saying,
“Who is like the beast, and who can fight against it?”

IN ONE OF THE MOST JOLTING MOMENTS IN MODERN POLITICAL HISTORY, former (ILLEGAL) president and BEAST from the SEA BARACK OBAMA RECLAIMED HIS POLITICAL PULPIT:

- JOLT (JOLTING, gerund or present participle) means: Push or shake (someone or something) abruptly and roughly. Give a surprise or shock to (someone) in order to make them act or change.

And to IT :smiling_imp: the DRAGON :imp: gave his POWER and HIS THRONE and GREAT AUTHORITY.

« back
Return to Website  > Index  > Bible prophecy  > Dreams  > Are we witnessing the first BEAST ris...
Free Forum&nbsppowered by Bravenet