Smoke pollution from wildfires raging in California and across the Pacific Northwest worsened in San Francisco, Seattle and Portland, Oregon, on Friday, giving those cities and others in the region the worst air quality in the world, according to IQAir.com. 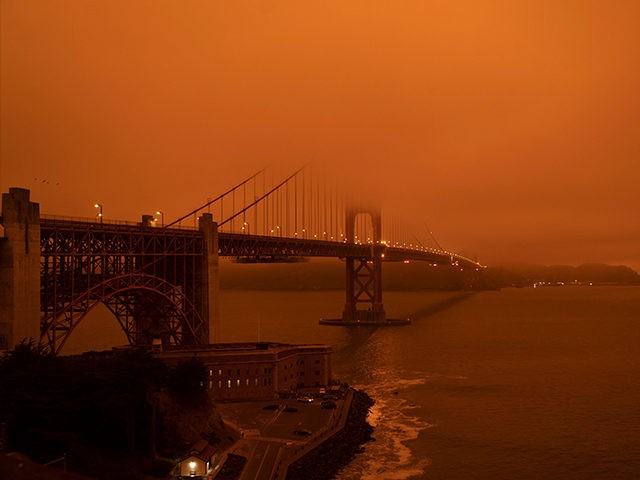 Public health officials warned residents to keep indoors with the windows shut, to set air conditioners to run on recirculated air instead of fresh, and to use air purifiers if they had them. Meanwhile, they wrestled with whether to open “smoke shelters” for homeless people or others lacking access to clean air amid the COVID-19 pandemic and concerns about herding people indoors. 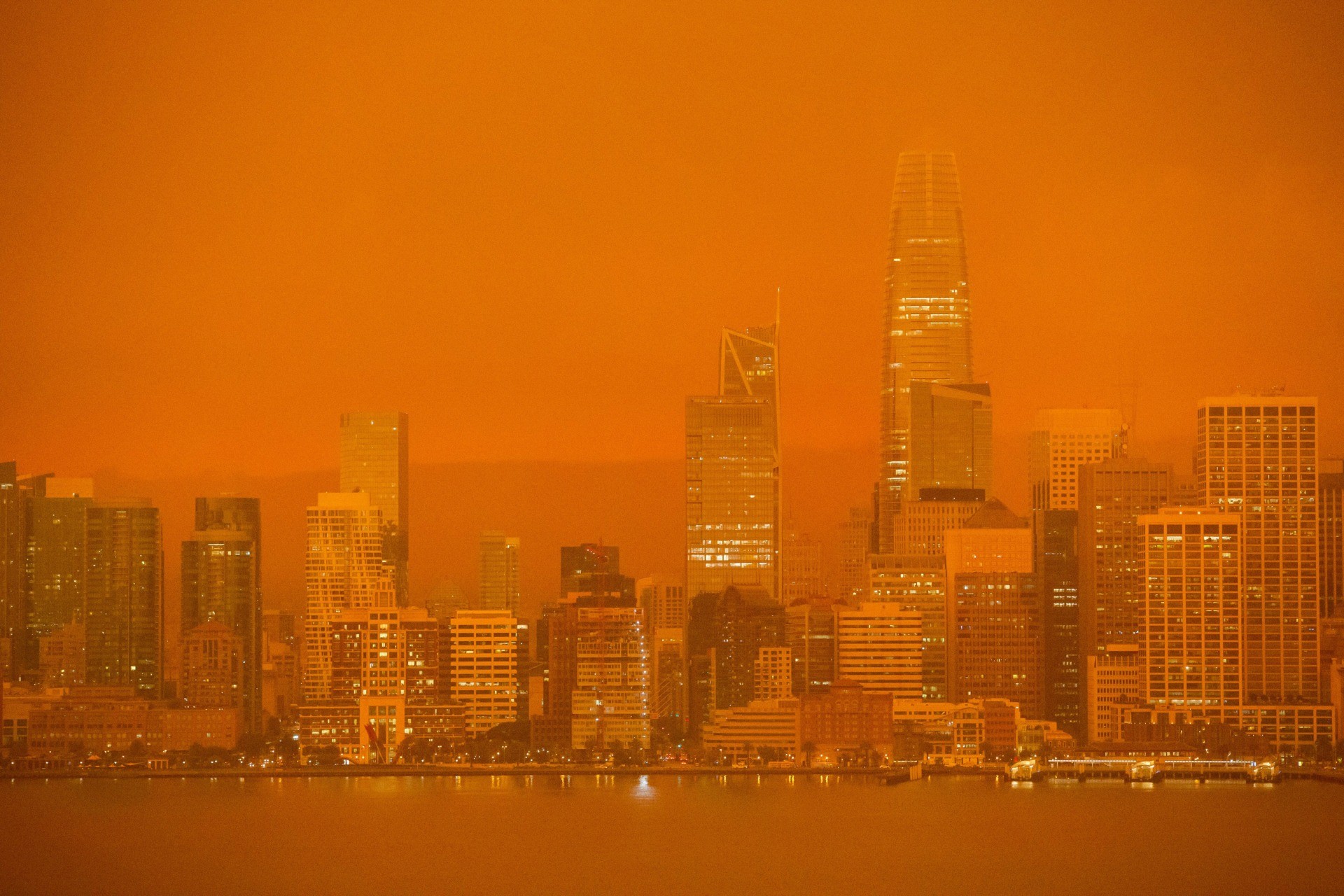 The sky turned a hazy, grayish white across the Northwest as winds that had previously pushed much of the smoke offshore shifted, bringing unhealthy levels of near-microscopic dust, soot and ash particles to Portland, Seattle, and Vancouver, British Columbia. San Francisco also continued to suffer from smoke pollution; those four cities topped the list of major cities with the worst air quality Friday, according to IQAir.com, which tracks air quality around the world.

The San Francisco skyline is obscured in orange smoke and haze as their seen from Treasure Island in San Francisco, California, on September 9, 2020. More than 300,000 acres are burning across the northwestern state including 35 major wildfires, with at least five towns “substantially destroyed” and mass evacuations taking place. (Brittany Hosea-Small/AFP via Getty Images) 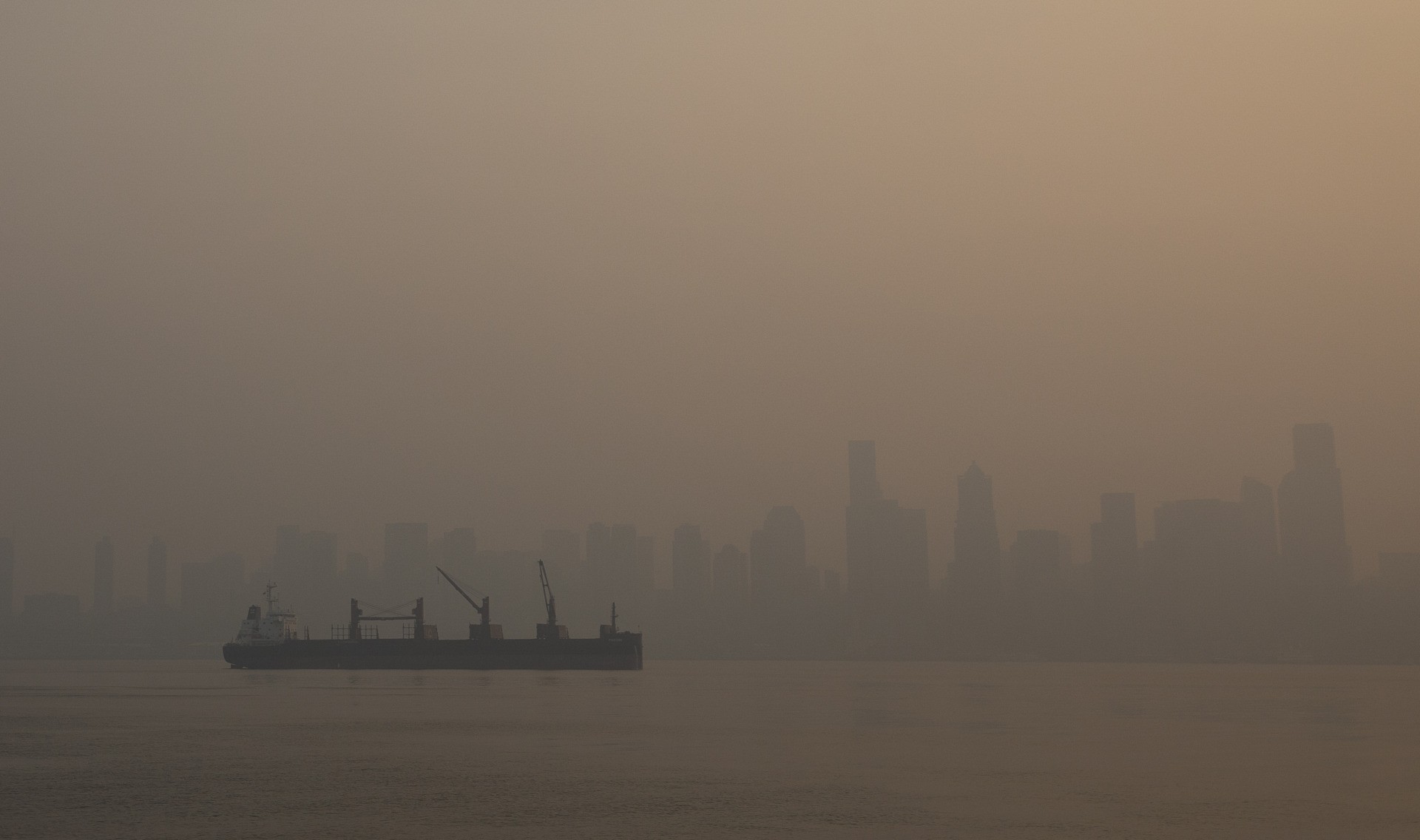 A cargo ship is silhouetted in front of the Seattle skyline due to smoke from wildfires on the West Coast, as seen from West Seattle on September 11, 2020. According to reports, air quality is expected to worsen as smoke from dozens of wildfires in forests of the Pacific Northwest and along the West Coast descends onto the region. (Lindsey Wasson/Getty Images)

The particles are small enough that they can penetrate deep into the lungs, and health effects can include chest pain, arrhythmia and bronchitis. Those with preexisting conditions such as heart and lung disease or asthma are especially at risk.