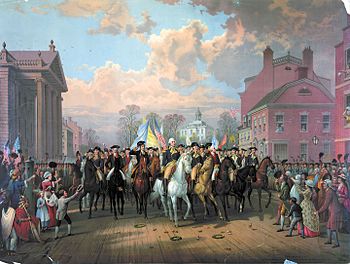 Evacuation Day (New York) LINK
Observed by New York City
Significance Date when the last British troops left New York
Date November 25
Frequency annual
First time November 25, 1783
Evacuation Day on November 25 marks the day in 1783 when the
British Army departed from New York City on Manhattan Island,
after the end of the American Revolutionary War. In their wake,
General George Washington triumphantly led the Continental
Army from his headquarters north of the city across the Harlem
River, and south through Manhattan to the Battery at its southern tip.

Hi Beloved Doves
In January of 2010 I received a message late at night in
an audible word spoken in my bedroom while my family slept,
which I posted on 5 Doves the same day…(I had a feeling of
closure of a period that I could not explain)

PLEASE NOTE that Jimmy Lishman DID NOT KNOW what the
message meant, BUT, as he received it, he felt it meant
"CLOSURE"!!!!

Hi John and Doves,
The past weekend on Saturday evening I was in bed at around
23h30 studying the letter from Arlene, on my laptop about the
Samaritan woman at the well, when I was startled out of my
mind? I will graphically in the text show what I “heard”
27 ? 27 ? IT IS 27!

I have heard the he SPIRIT speak to me in my mind, as thoughts,
on the radio, and out of scripture ? but NEVER so loud as to
startle me and cause me to sit up straight in bed.

Olivia (from around the year, 2000), mentioned BLOOD SOAKED
SOIL EVERYWHERE in a dream which she had on a "Sunday"
night. Two nights later on "Tuesday" night, the Lord told her
that the SECRET TO THE RAPTURE was in the Name of Yahweh,
"then He mentioned the number 28"!