- May 8, 2021: NOAA ('Noah") captured "THE SIGN OF JONAH" (von Kármán clouds) over GUADALUPE Island, Mexico. That very same day, the HomObamas announced that their beloved family dog BO had died of cancer (most likely, the same "Covid" cancer that shall kill more than half of the world population in the near future) and big time Satanist Elon Musk hosted Saturday Night Live (SNL = Satan Never Leaves), with Great W.Hore/Feminist Satanist Miley Cirus as Musical guest.

IT'S INTERESTING THAT THE TIMELINE HAS 'SIX NIGHTS' THAT GOES TO '20th Day' = RAPTURE B4 BLOOD MOON!

Not all Christians will be transformed when this day comes because not all are living pleasing faith to God and are carnal.


WITHOUT HOLINESS YOU WILL NOT BE TRANSFORMED NOR SEE THE LORD ON SUNDAY 8th MAY 2022!

IF THAT PHRASE ANNOYS YOU, HERE’S WHY: 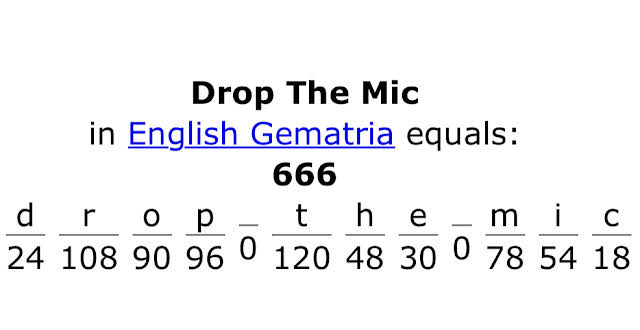 - A little over SIX (6) years ago, on April 30, 2016, (ILLEGAL) president Obama ended his last White House Correspondents' Dinner (his "LAST SUPPER" with his N.W.O. "disciples") address by dropping the mic -- literally. Holding two fingers to his lips, he picked up his mic, then let it dramatically drop to the ground: “With that, I have just two more words to say: (the BEAST) OBAMA OUT," (of the SEA ?!) he said.

Let's pray this is the case. Toward the end of the month, there are some extremely annoying family members (who's names I will not mention) coming to visit. It's going to be so bad that I would rather be six feet under ground than be around those people. The only reunion I wish to attend is in heaven - no more family get-together's on earth as we know it.

- On May 10, 2016 I had a DREAM of getting in a long line to pay a FERRY FARE for my Eagle Summit: "Now the word of THE LORD came to JONAH the son of Amittai, saying, 2“Arise, go to Nineveh, that great city, and call out against it, for their evil has come up before me.” 3 But Jonah rose to flee to Tarshish (a port in SPAIN) from the presence of the Lord. He went down to Joppa and found a SHIP going to Tarshish. So HE PAID THE FARE and went down into it, to go with them to Tarshish, away from the presence of the Lord."

- On June 30, 2017 I found a plane ticket inside a book at one of the public libraries I used to visit before the pLandemic started. It was an EMERALD Status ticket/Boarding Pass from AMERICAN EAGLE (owned by American Airlines) to board the plane at 11:20 AM. The plane was scheduled to Depart the island of St. Marteen (to San Juan, Puerto Rico) at 12:05 PM. The passenger's seat was 15D.

- On May 10, 2019, I had this DREAM: It was DARK and I was with a man doing something outside, like cleaning the yard. With us was a young woman telling me something and I responded (KNOWING the answer): "Why don't you want me to take the EMERALD?"

Behold. Emerald is the birthstone of the month of May and the "APPEARANCE" of THE RAINBOW around GOD's THRONE: "COME UP HERE, and I will show you what must take place after this.
2 At once I was in the Spirit, and behold, a Throne stood in Heaven, with ONE seated on the Throne.
3 And HE who sat there had the appearance of jasper and carnelian, and around the Throne was a RAINBOW that had the appearance of an EMERALD."

Vision & word I got 5/8 RAPTURE VERY SOON! JESUS IS COMING BE READY!