When We Go Up They Show Up! Fast Tracking UFO Disclosure | L.A. Marzulli

UFOs are in the news again, leaving many people wondering what exactly is going on behind the scenes and what we’re not being told. What are we to think when our own government claims they have no idea what these high speed craft are or where they’ve come from? Does the Bible have the answers?

We’re the Prophecy Watchers. We have a long history of working to bring the truth of Bible prophecy to an audience of Christian believers who may not have local access to sound prophetic teaching, based upon the inspired writings of the Apostles and the traditional doctrine concerning the rapture of the church. Though we don’t believe in setting dates, it is clear that the rapture of the church is imminent, perhaps much nearer than we think.

FIND US ON THE WEB: LINK

Storm of the South (ALEX) tracks across
"F"lorida on Jewish Sabbath, 6/4/22! LINK

Psalm 19
1 The heavens declare the glory of God;
the skies proclaim the work of his hands.
2 Day after day they pour forth speech;
night after night they reveal knowledge. 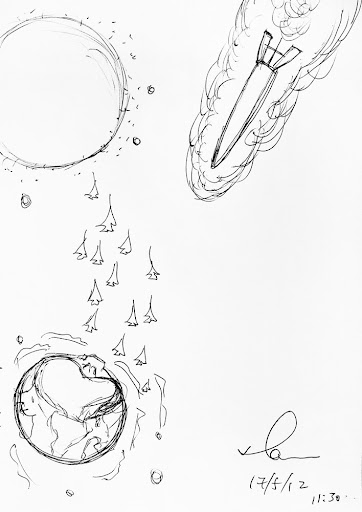